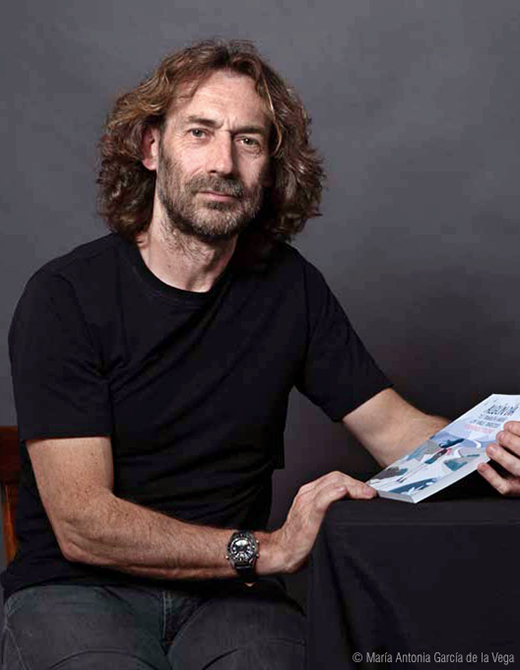 Fernando Puche (Madrid, 1966) is an experienced nature photographer. Since 2000 he regularly exhibits his work in Spain. He has exhibited his work in Russia, Argentina and USA as well. He also writes on photography. During the last years his main concern has been reflecting on the relationship between nature photography, art and society.

He has given many lectures and taught several workshops through out Spain. In 2009 he had his first solo exhibition outside Spain at the Mountain Light Gallery (California, USA).

Reality is easy to capture. Reality is what we think other people can see. However, from a photographic point of view, the capturing of reality is a subjective matter. My recent work tries to go beyond my own subjective perception of reality. To be more precise, to create images that my own eyes never actually saw, but were nevertheless there. The comparison with my old approach might question not only the conventions of landscape photography but those of landscape representation in a broad sense.

Landscape is not a place; it is a point of view. Each person can see one different landscape even looking to the same place. To photograph these everyone can see is easy; to photograph something only you can see is much more difficult. Our work has to have something personal. There it is the key: to wonder before to visit a place, to dream before to photograph.

Landscape photography could be a quest, the quest to capture something that might not be present in that place. This is the reason why I decided to go beyond my old way of representing nature. In order to do that, I have been revisiting some of my favourite spots trying to get a more abstract and less obvious vision. Landscapes are there; everybody can see them. A photographer should go beyond what their eyes can see. I keep thinking that every photograph must be an invitation to grasp new ways of seeing this world.